Skip to content
After traveling around the world, trying and tasting various cuisines, I came to realise that it is far more difficult to recreate authentic dishes and pass the know-how to other cooks.  Many chefs strive to create something new or innovative based on the traditional recipes, however, I find this trend is quickly fading.
I too have made this error in the past, and understand now why dishes, dating back to more than 100 years ago continue to remain popular among the public.  There is no need to add exotic ingredients to an already delicious dish.  I believe people, for quite some time now, are and have been returning to the “cuisine du terroir” – regional cuisine, comfort food, and recipes passed down from generation to generation, like grandma’s recipes.
It’s important to focus on our core traditions, when exporting foreign cuisines to other countries.  Not only do we represent a country, we are also sharing a part of its history and culture with others who wish to better understand them.  So let’s not waste anymore time recreating what has already been passed on to us in perfect form.  The focus should not be on changing the past, but rather celebrating its legacy, and passing it on, as is, to the younger generations.
Salvatore Cuomo 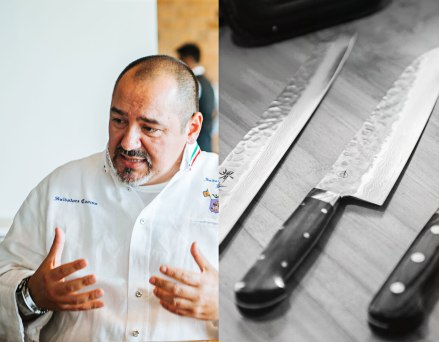